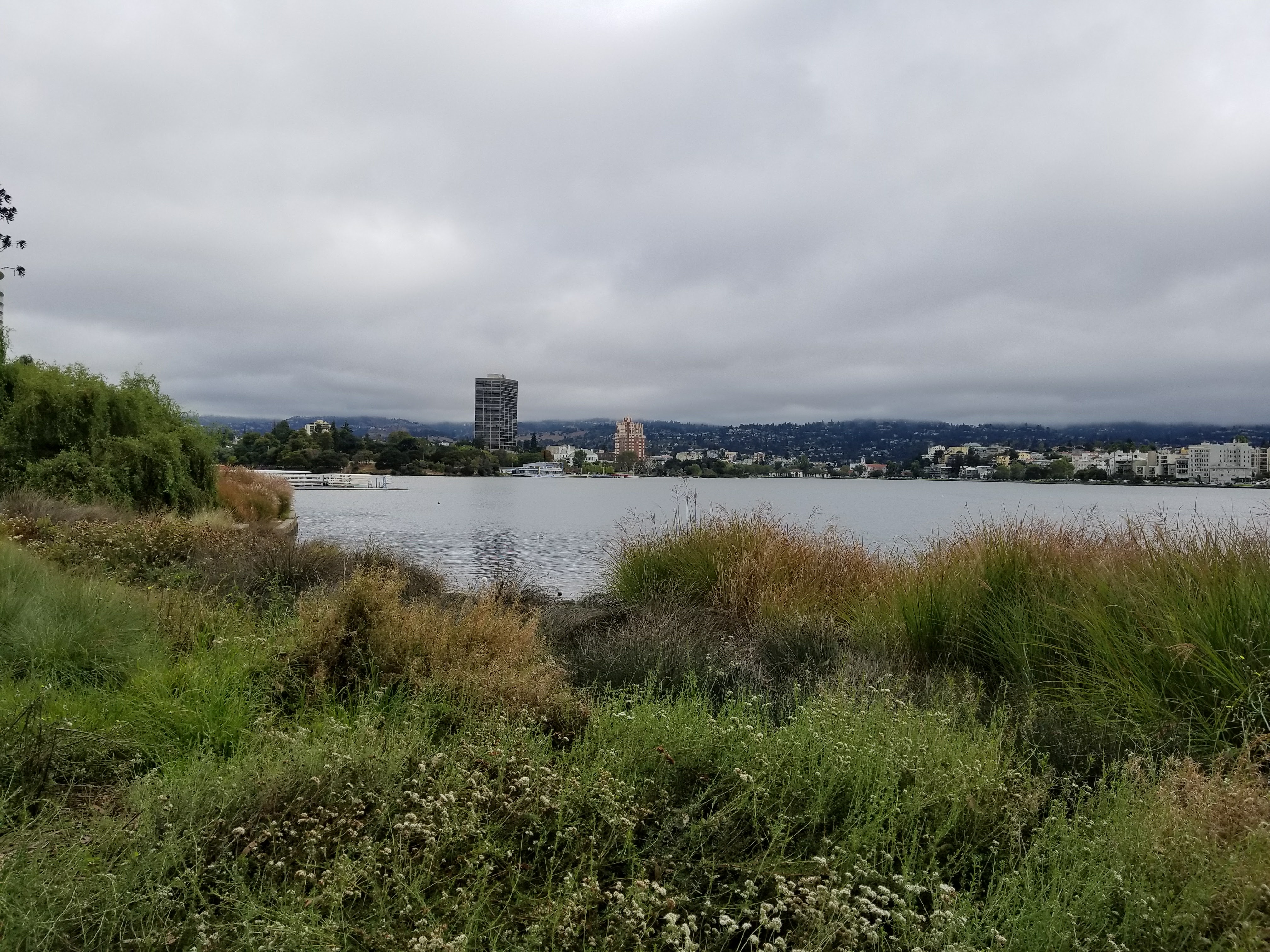 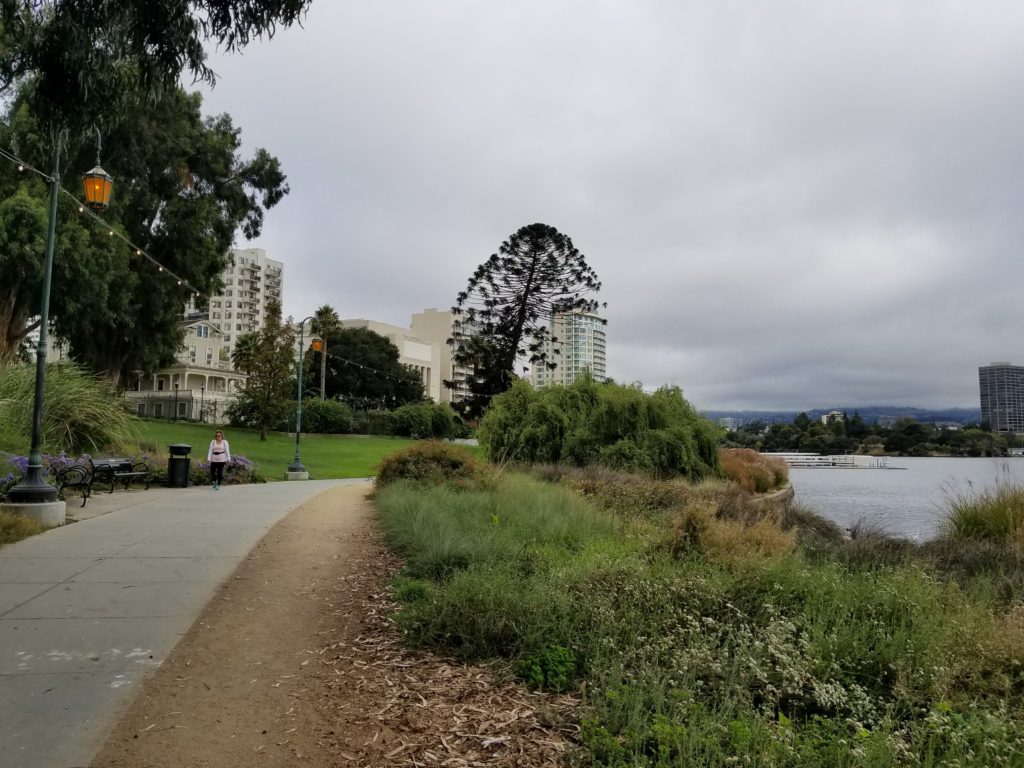 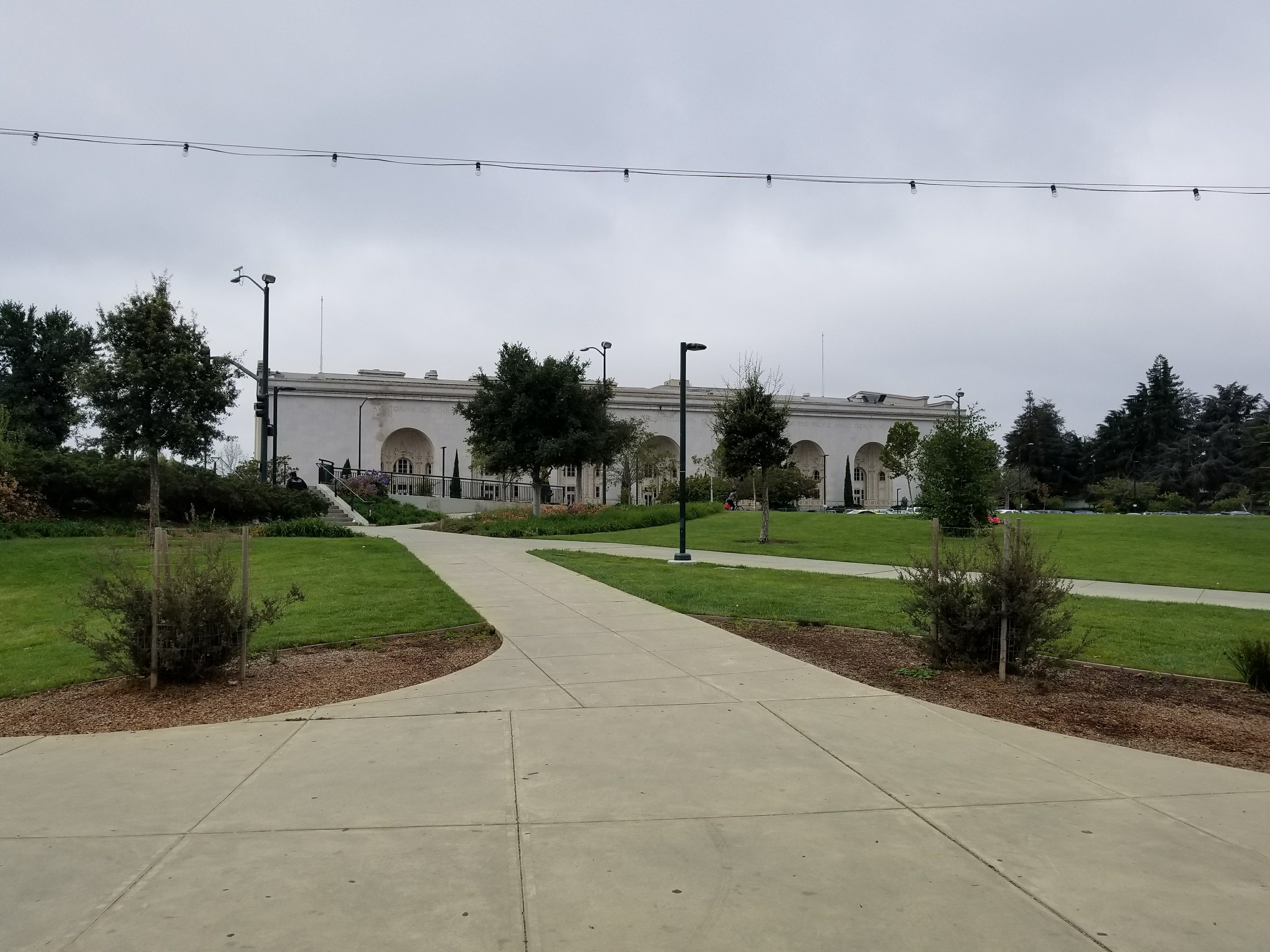 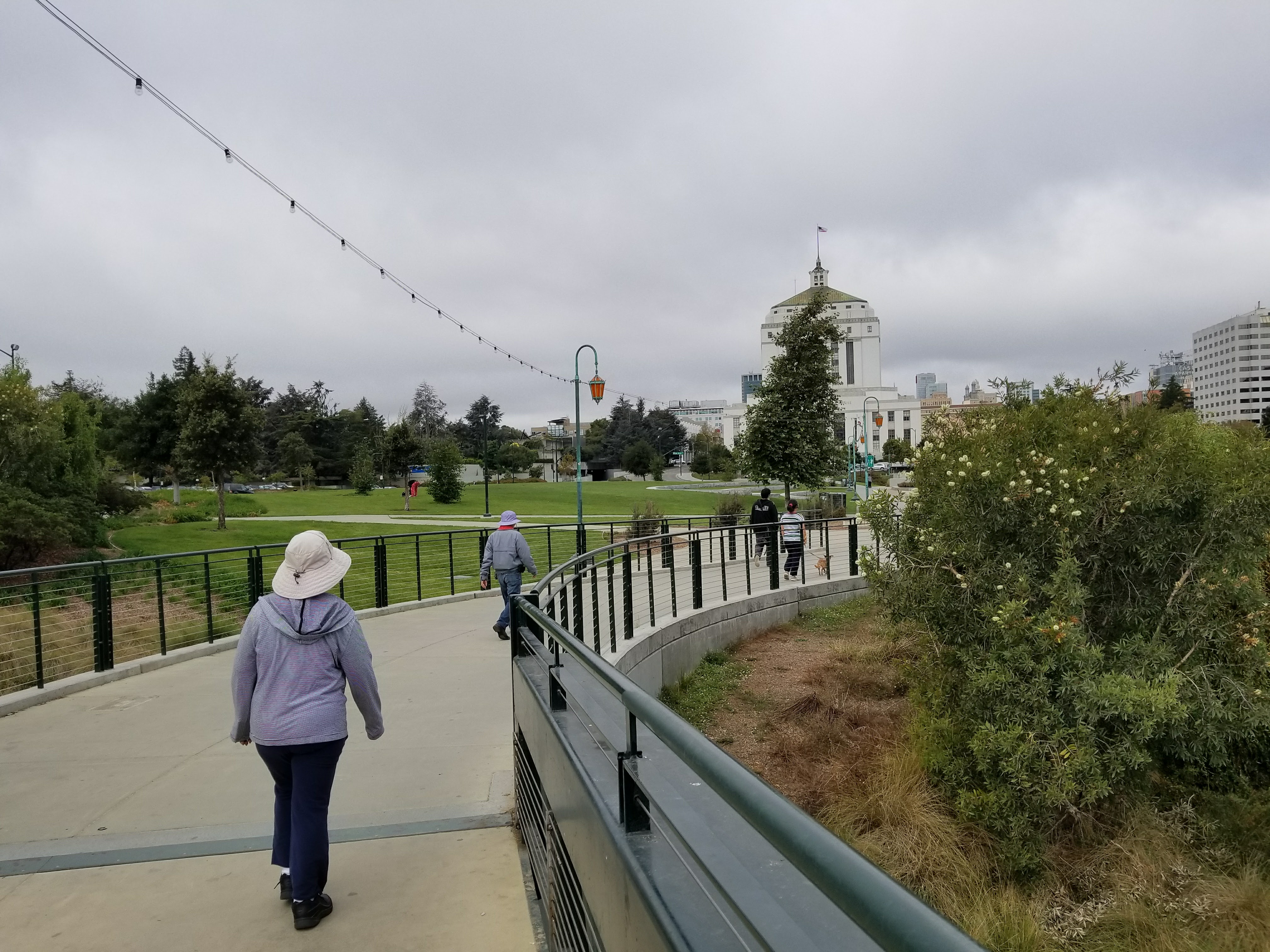 Moving counterclockwise (these folks are walking clockwise) , now due west,away from Oakland Courthouse along newly installed path at Southwest corner of lake near 1200 Lakeshore 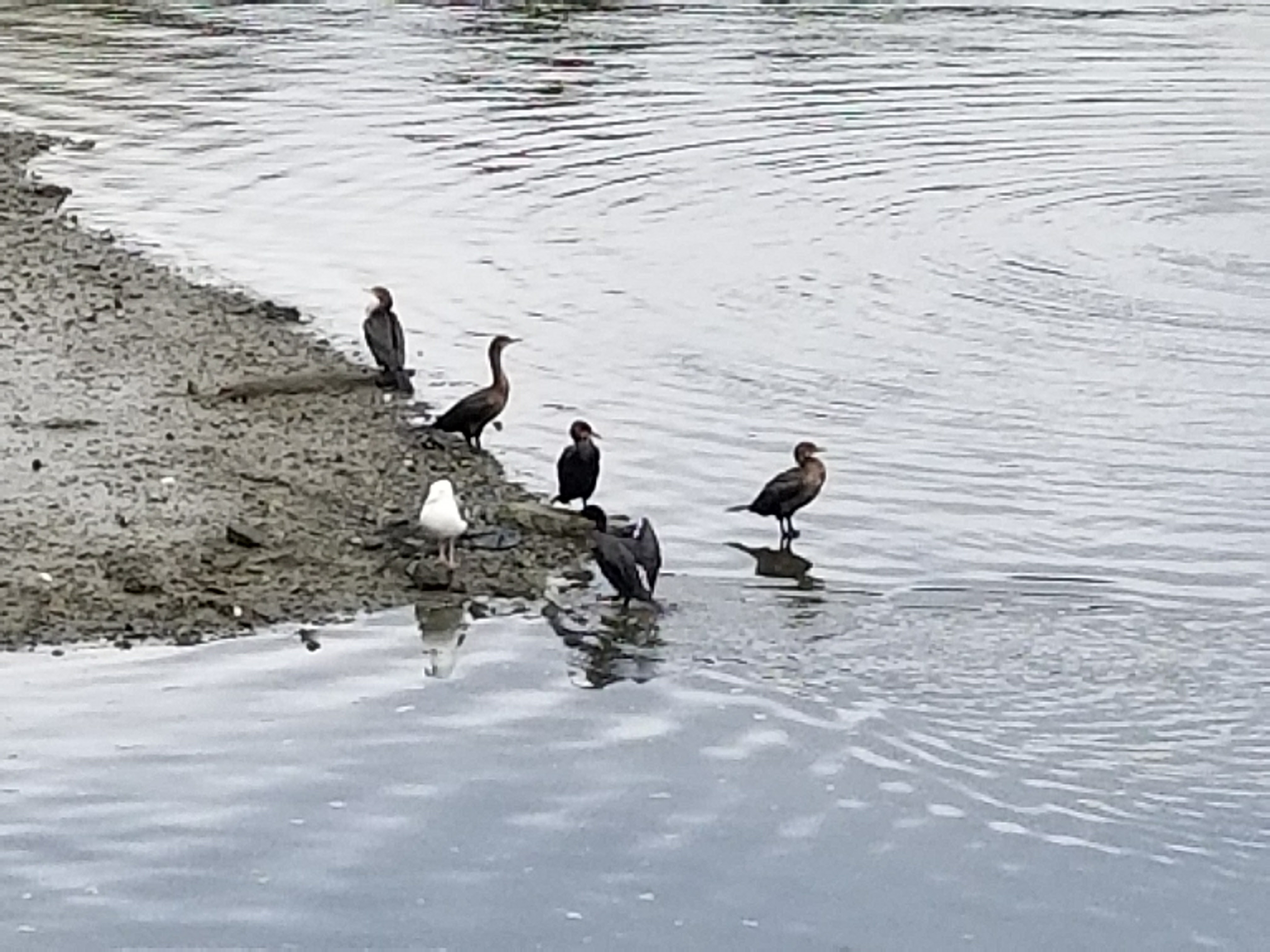 Cormorants, seagull and other resident ducks enjoying the shoreline area 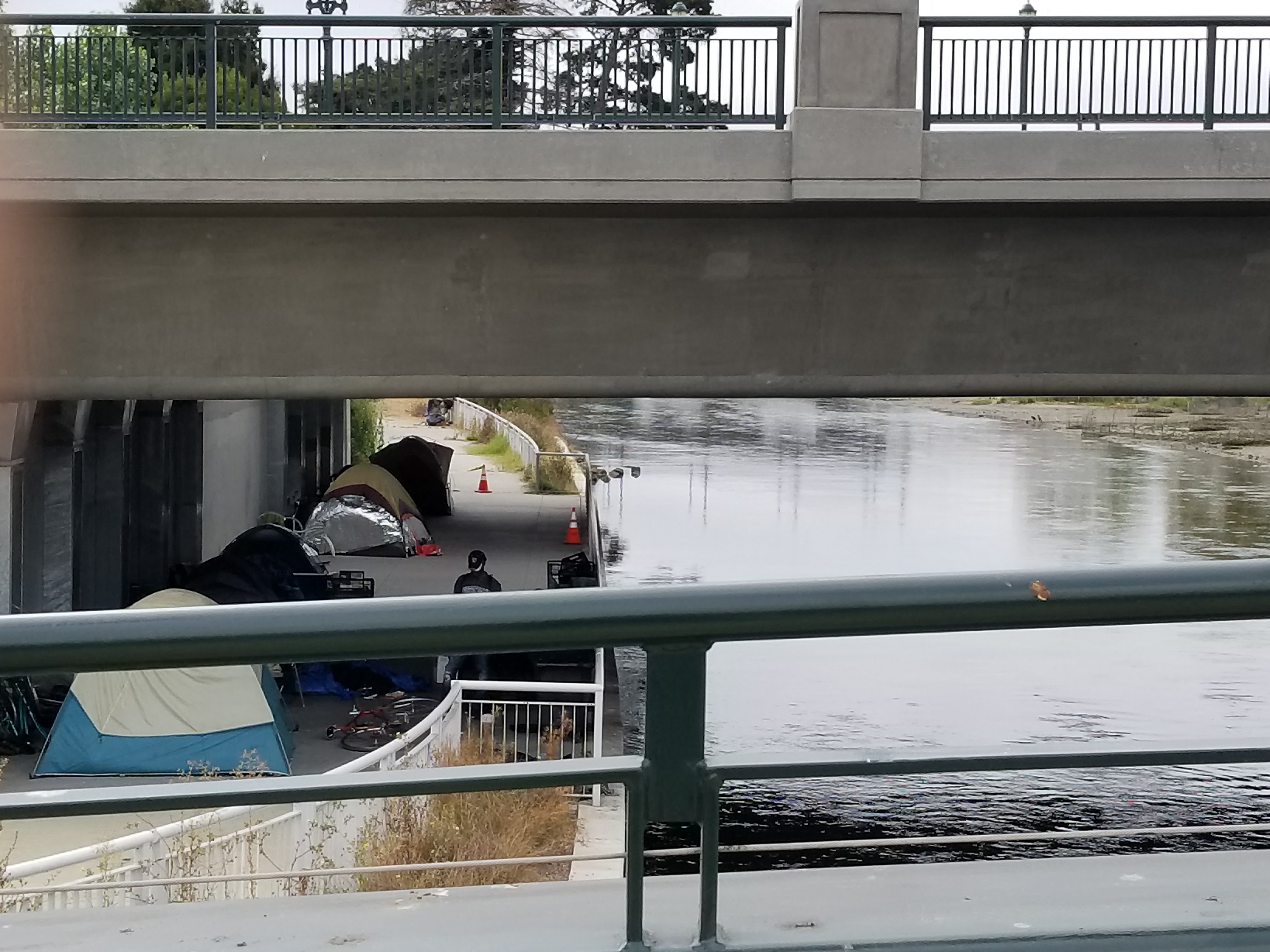 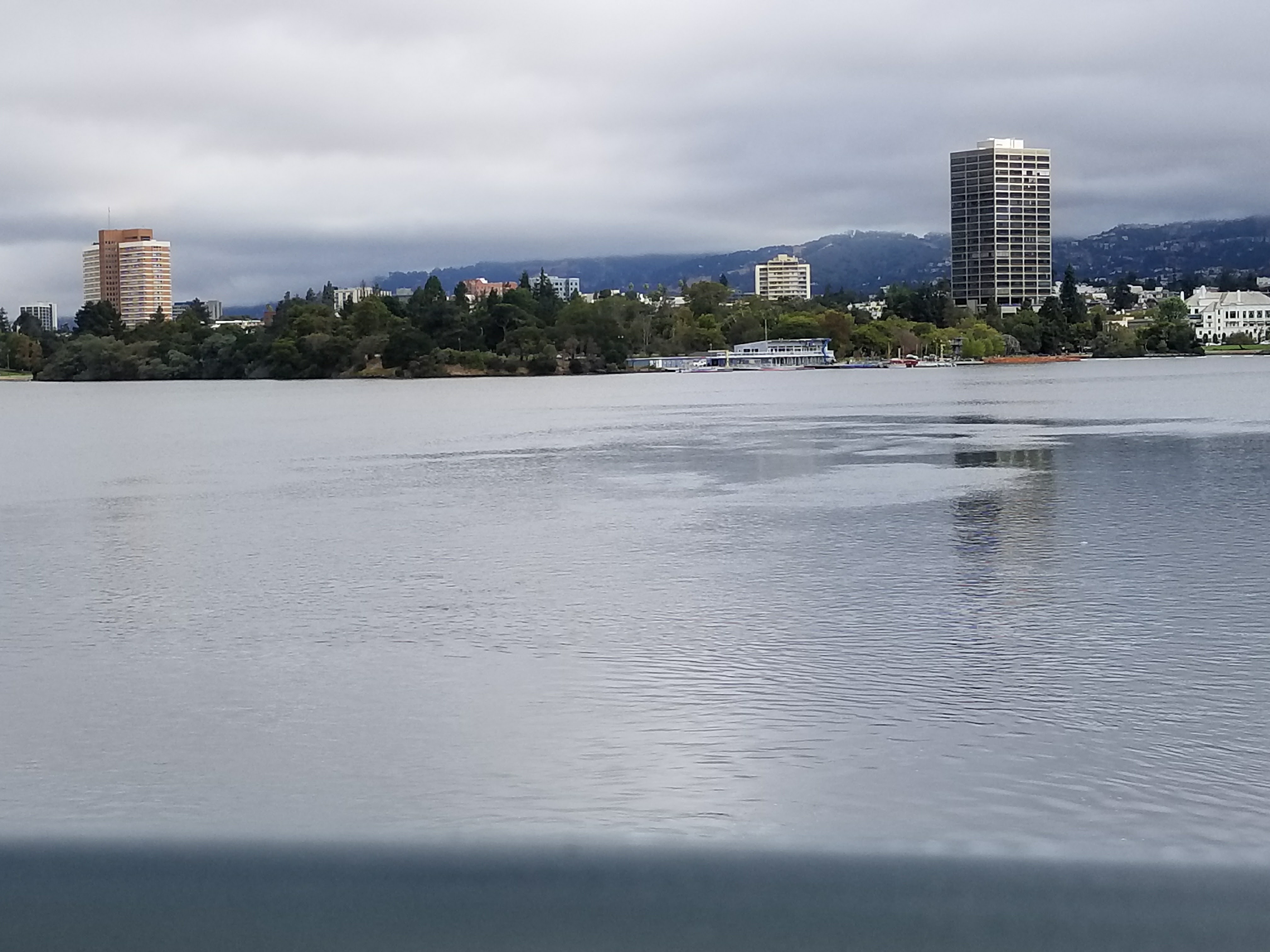 Looking across Lake Merritt to NorthEast and Oakland foothills 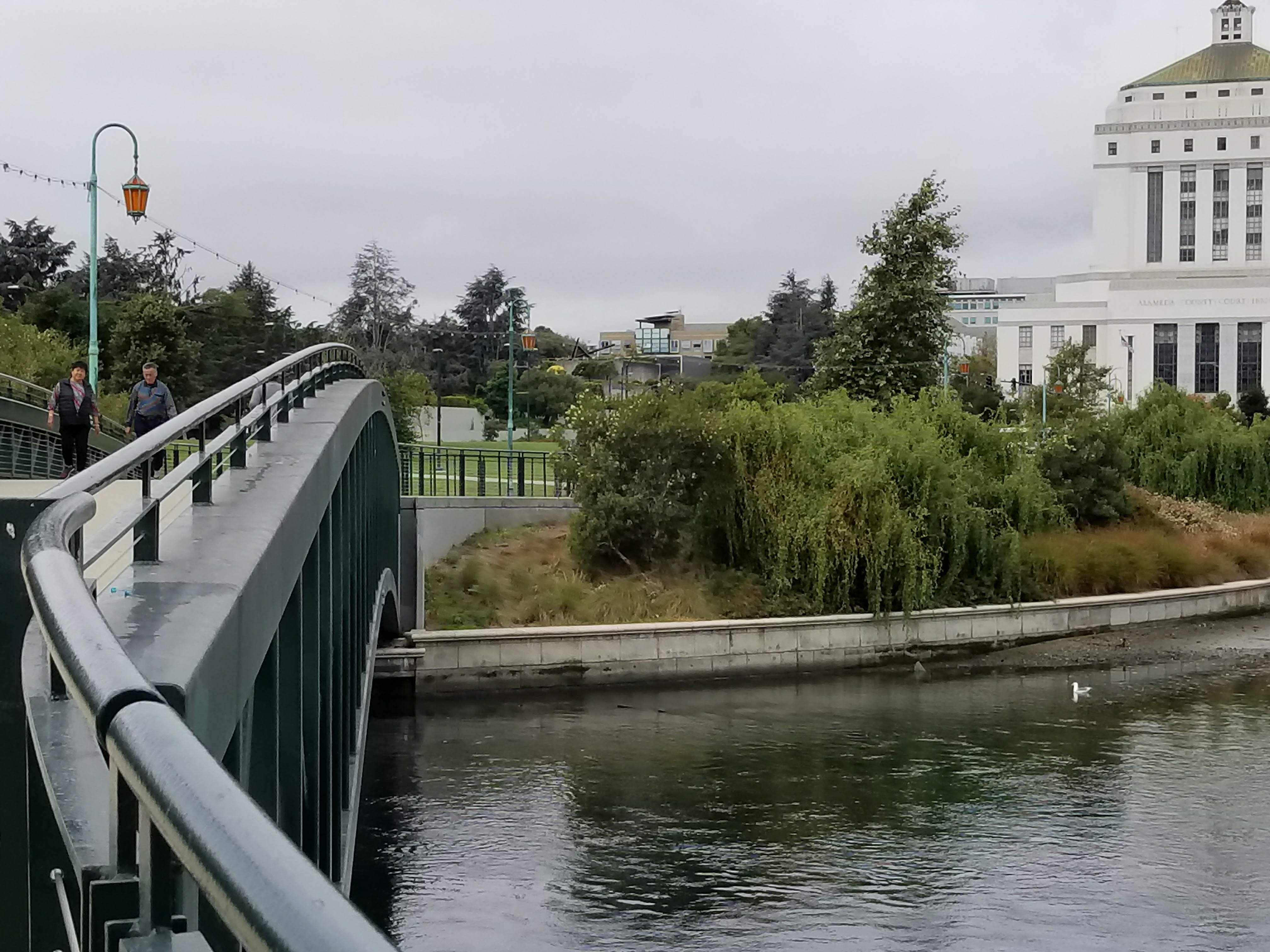 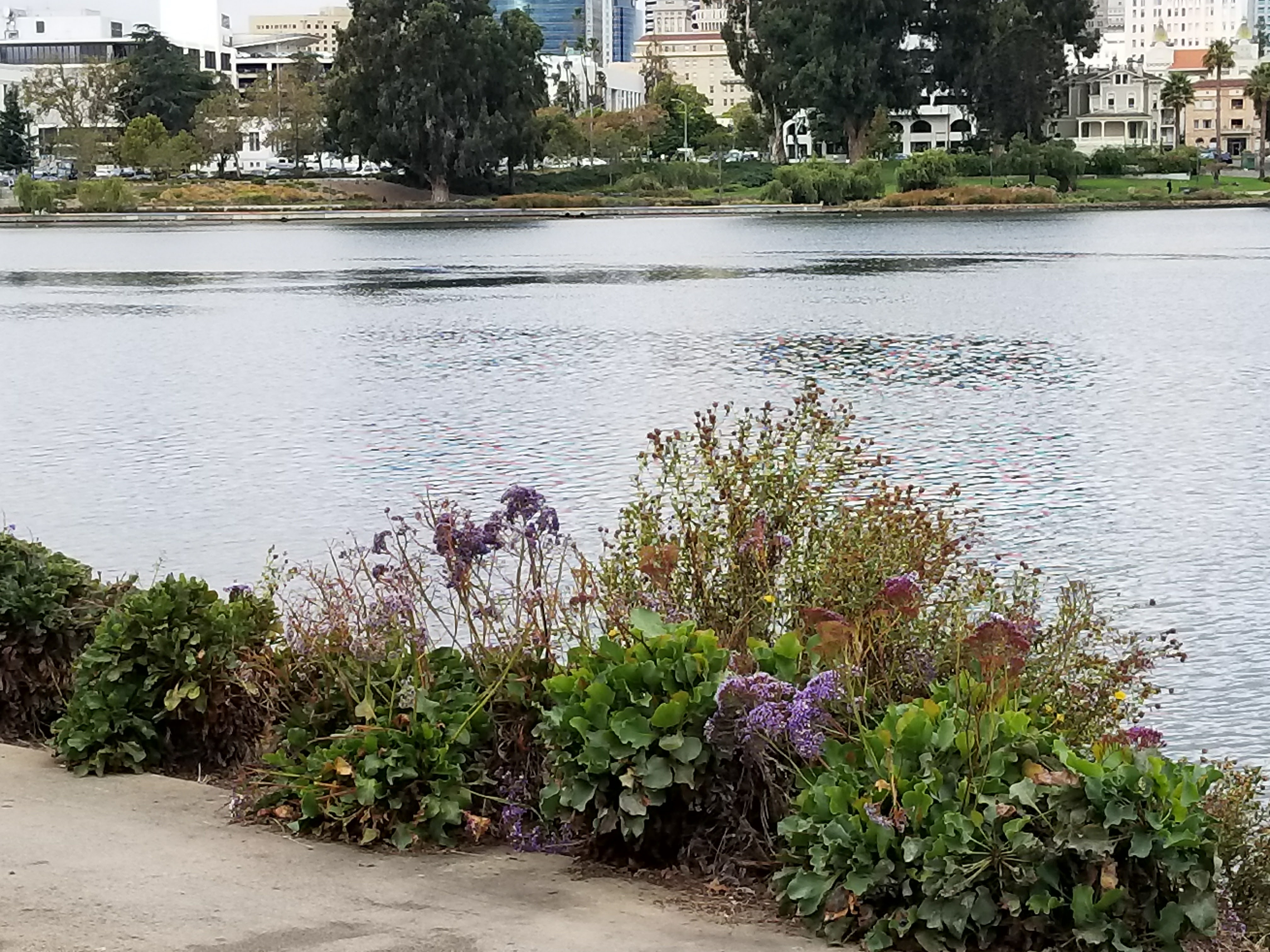 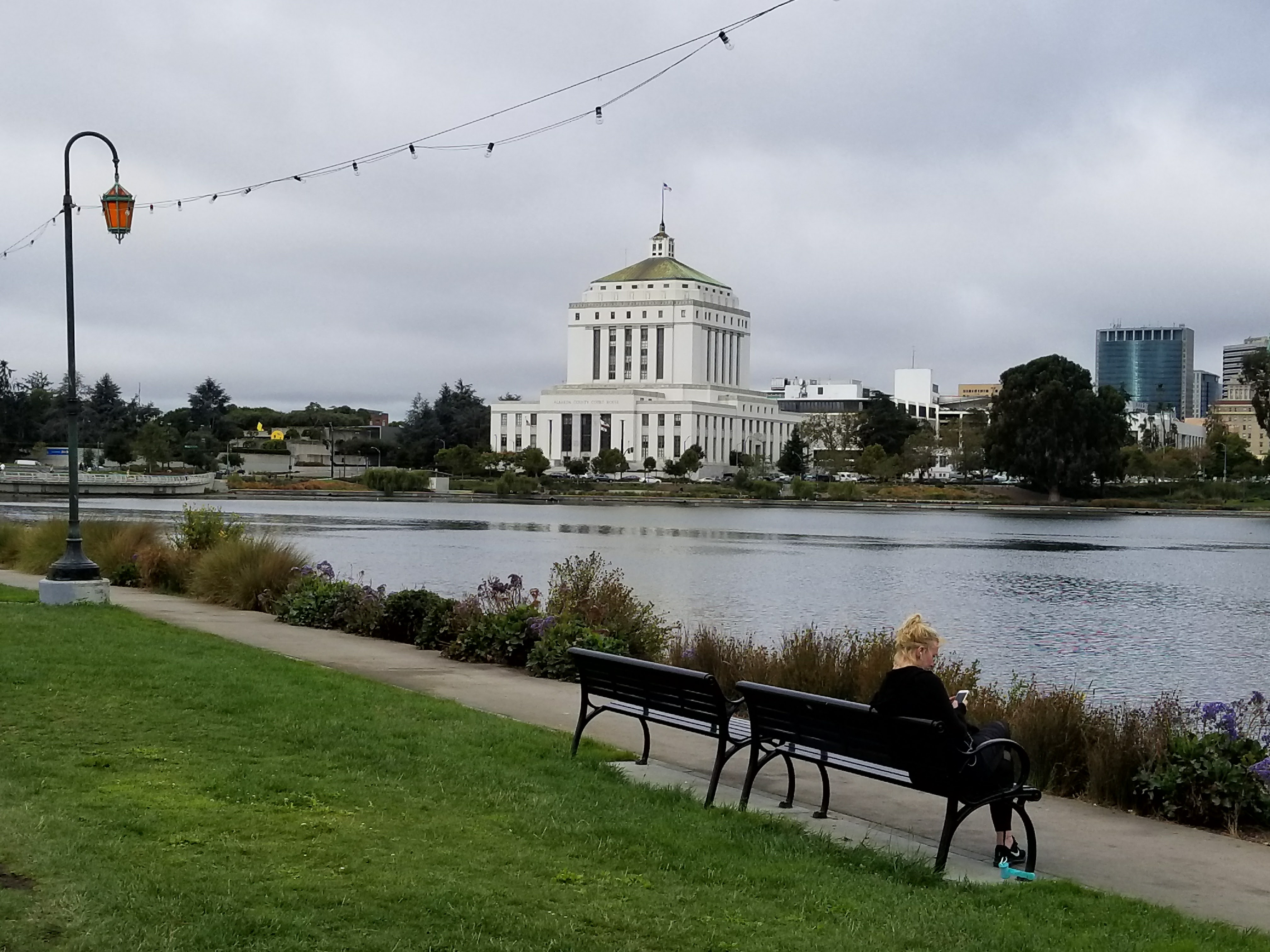 Newly installed jogging/wallking path and greenery along south side of Lake Merritt, looking west at City Courhouse in background 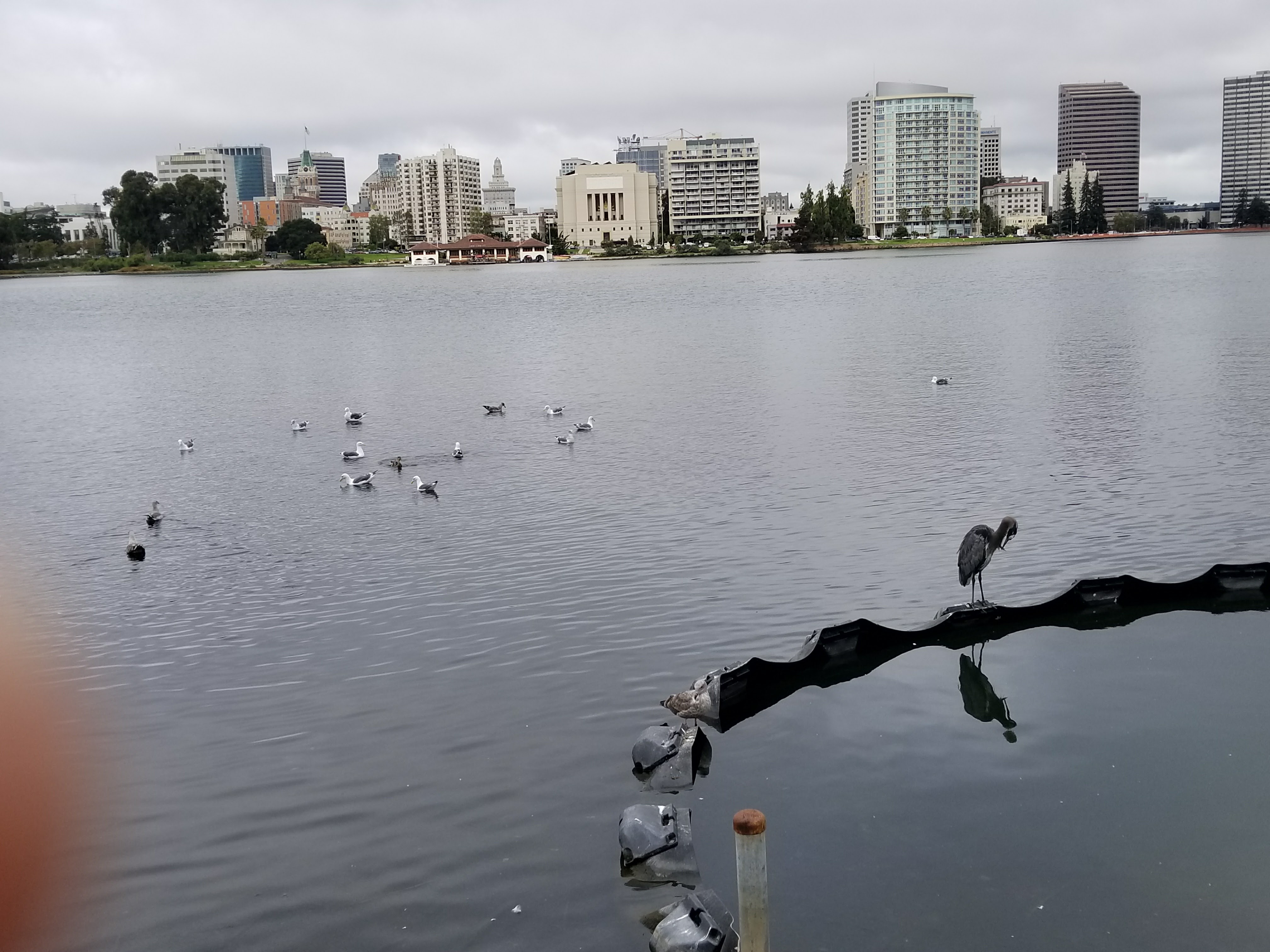 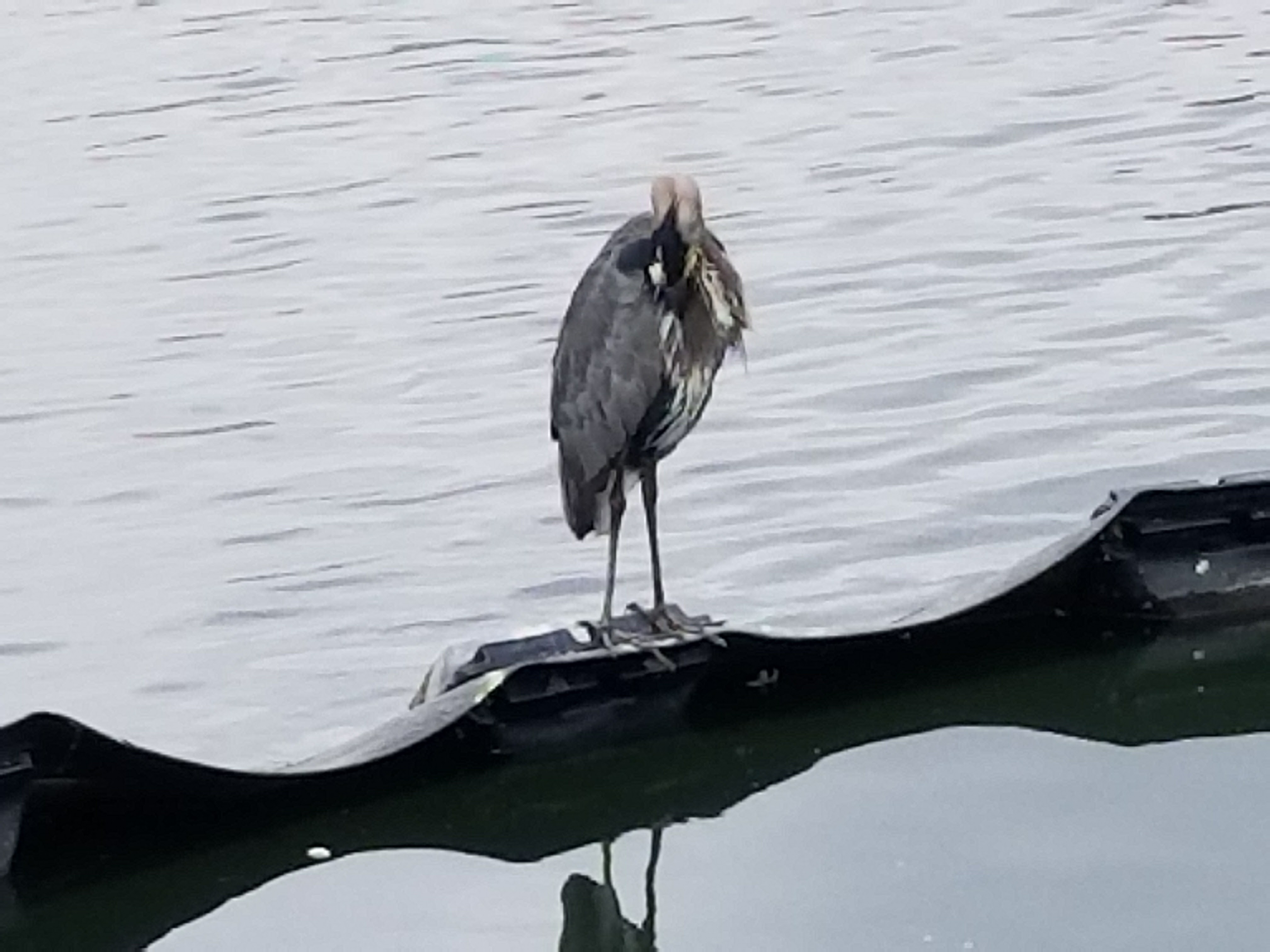 Close-up of that lone pelican. Lake Merritt is home to many species of water fowl 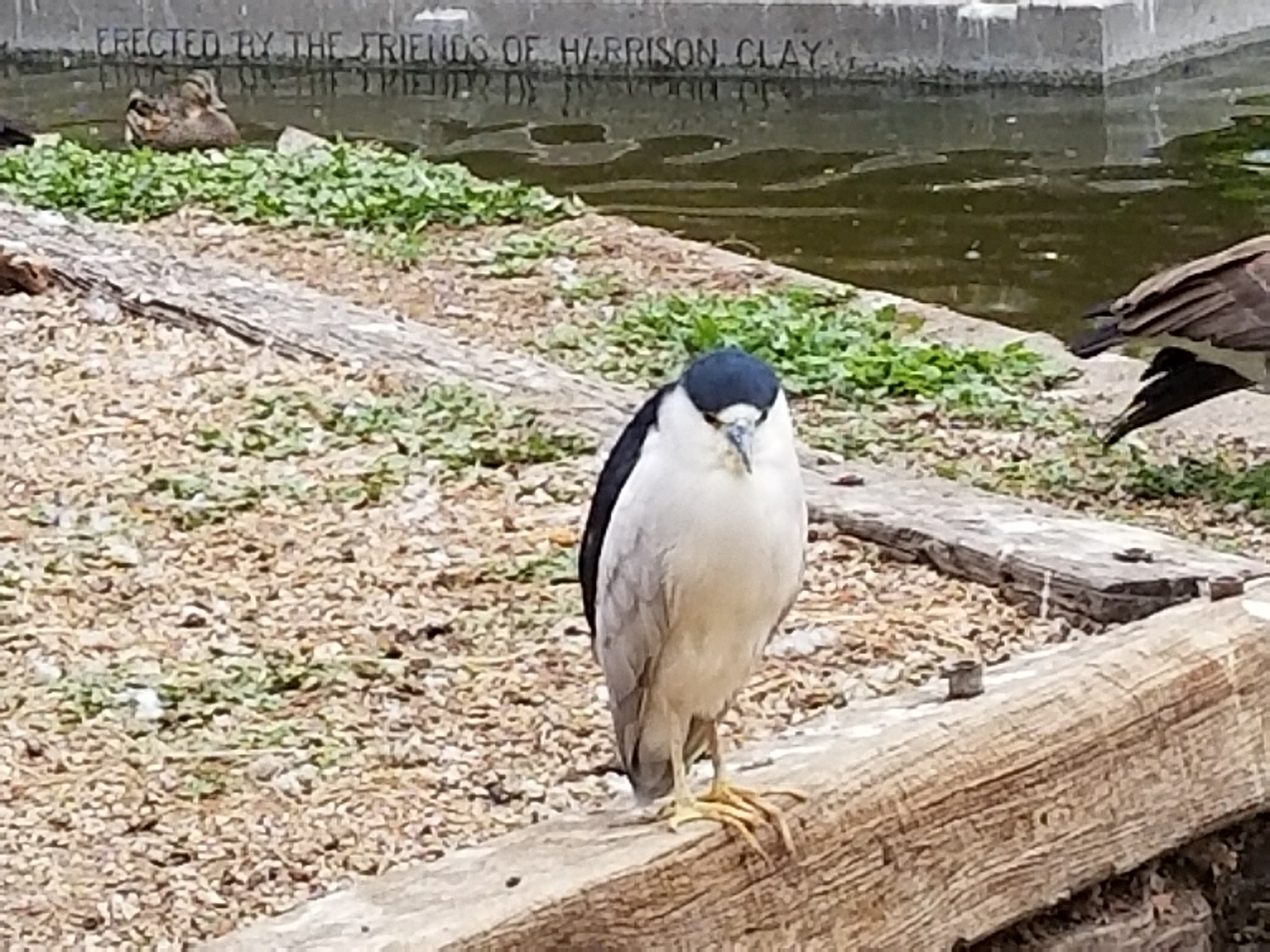 Heron in grand duck pond north side of Lake Merritt 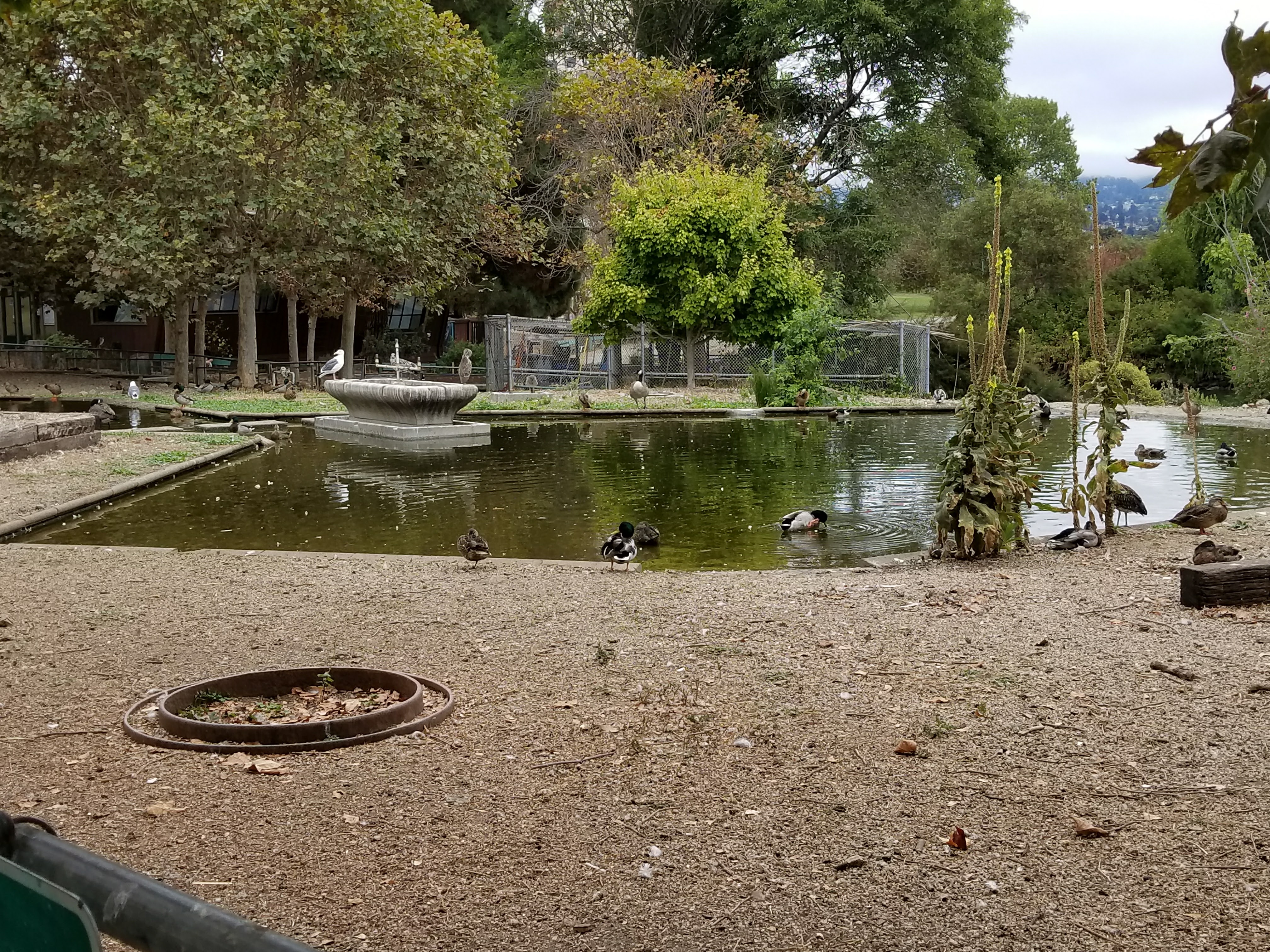 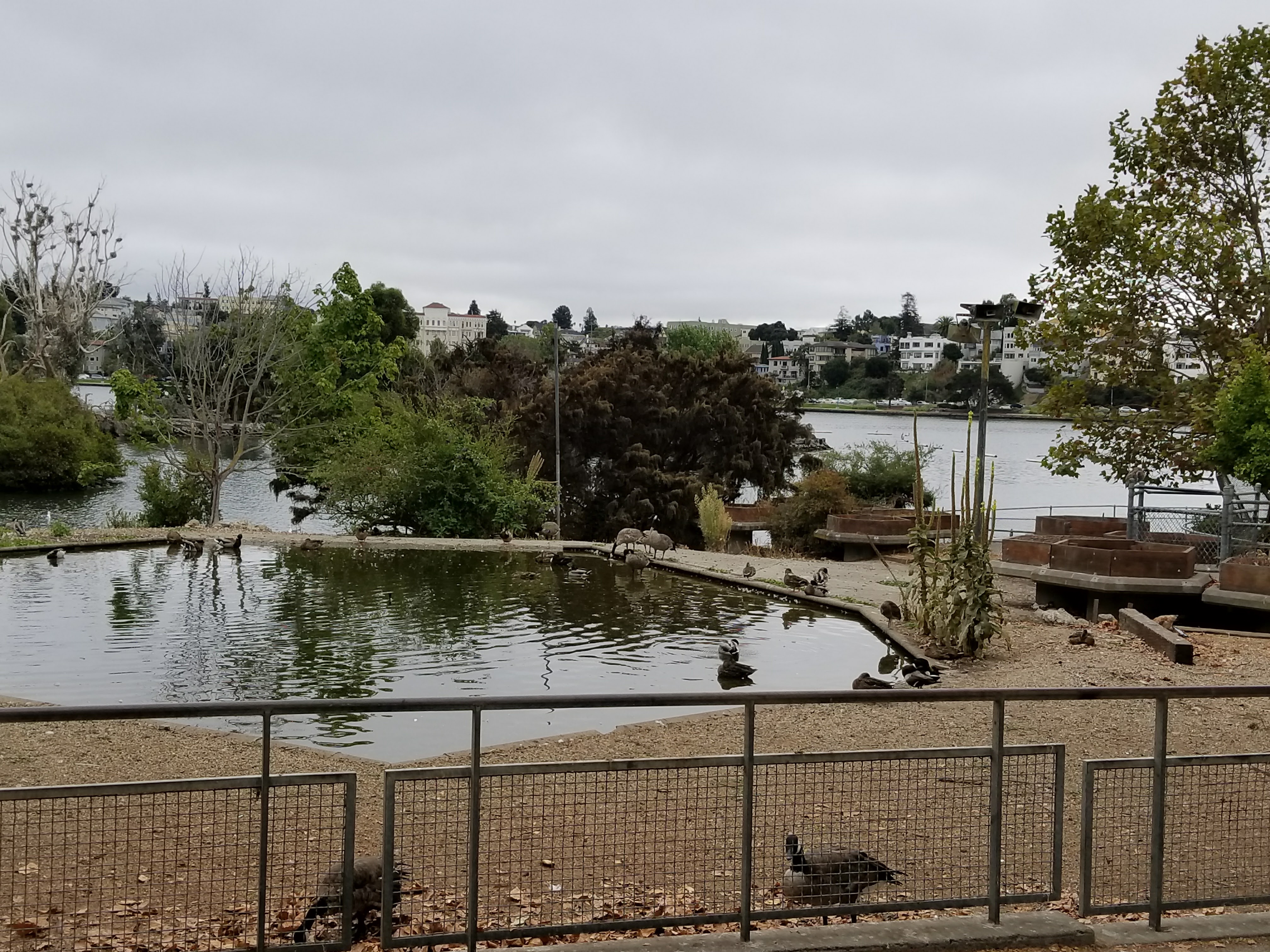 More from Lake Merritt duck pond – How many species can you name. Even if you can’t see them here feel free to trust your memory from recent visits 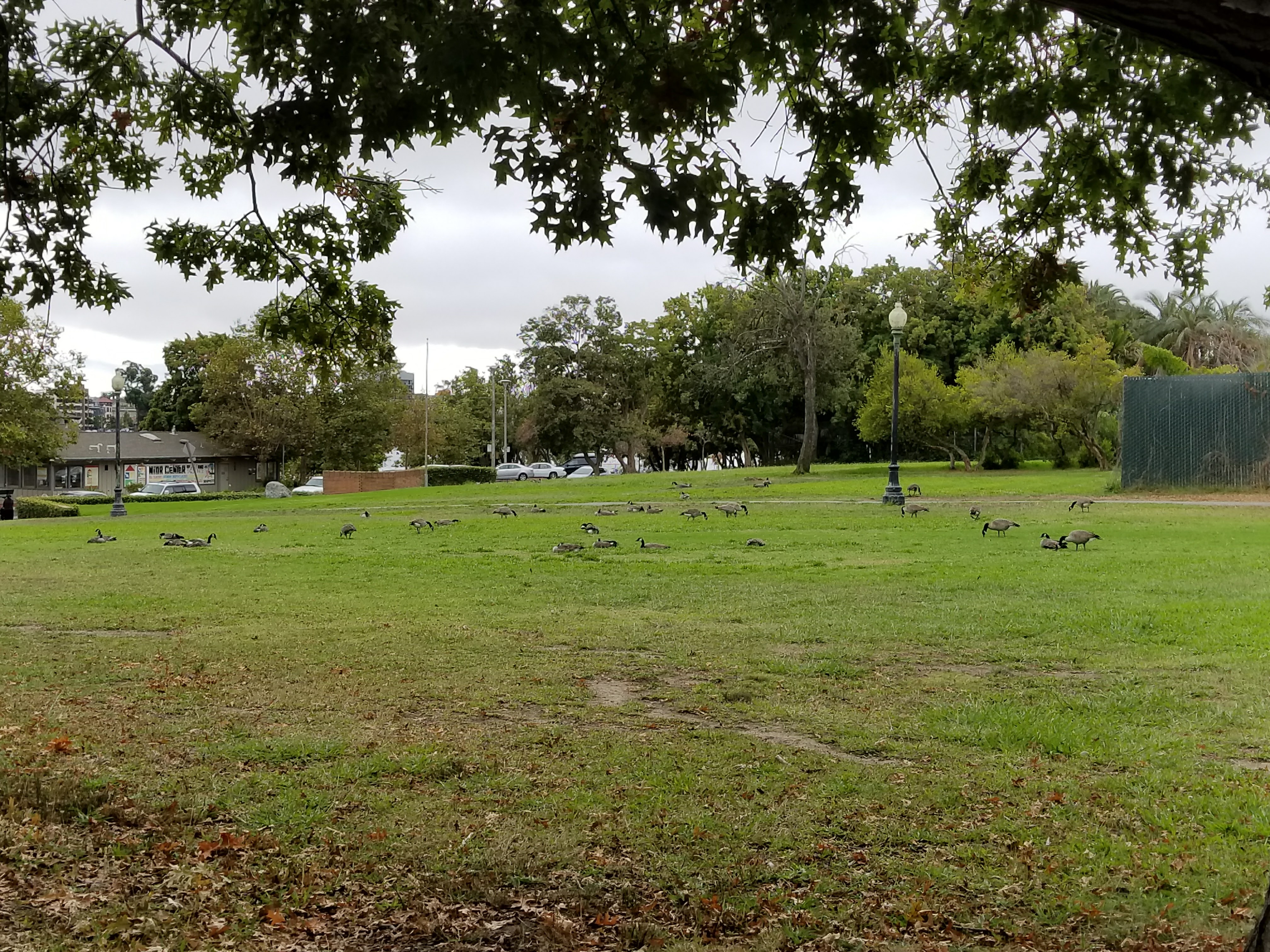 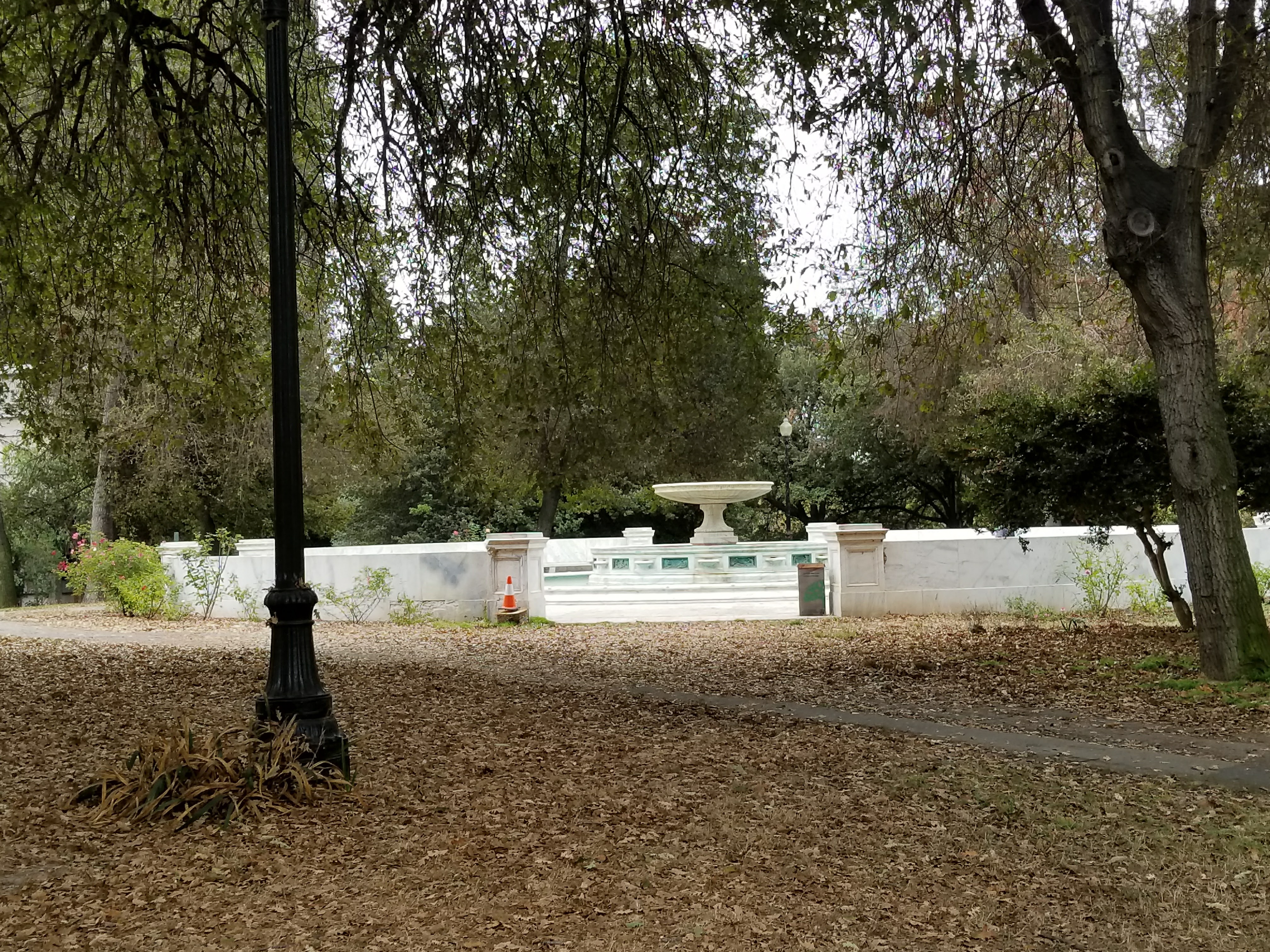 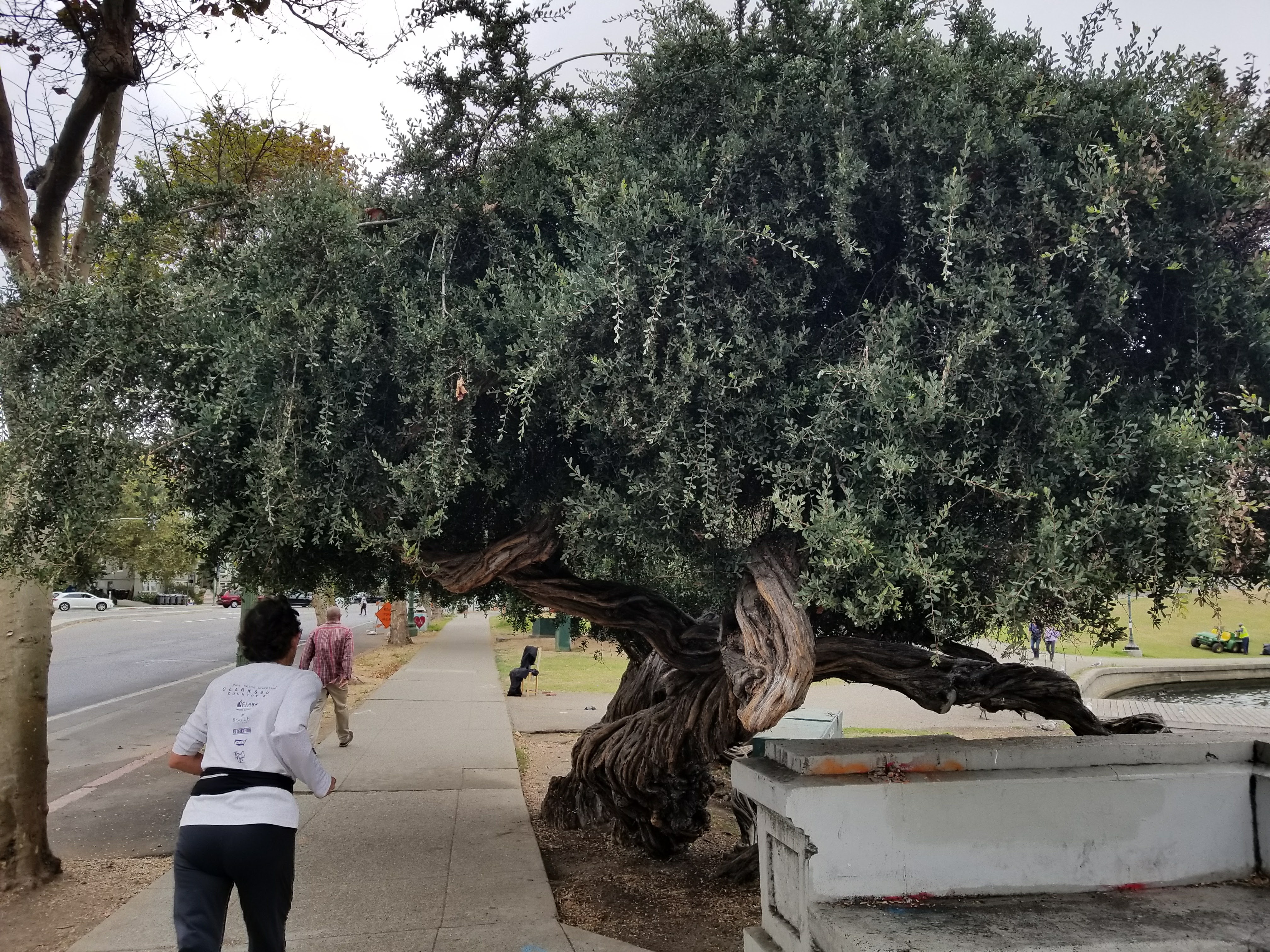