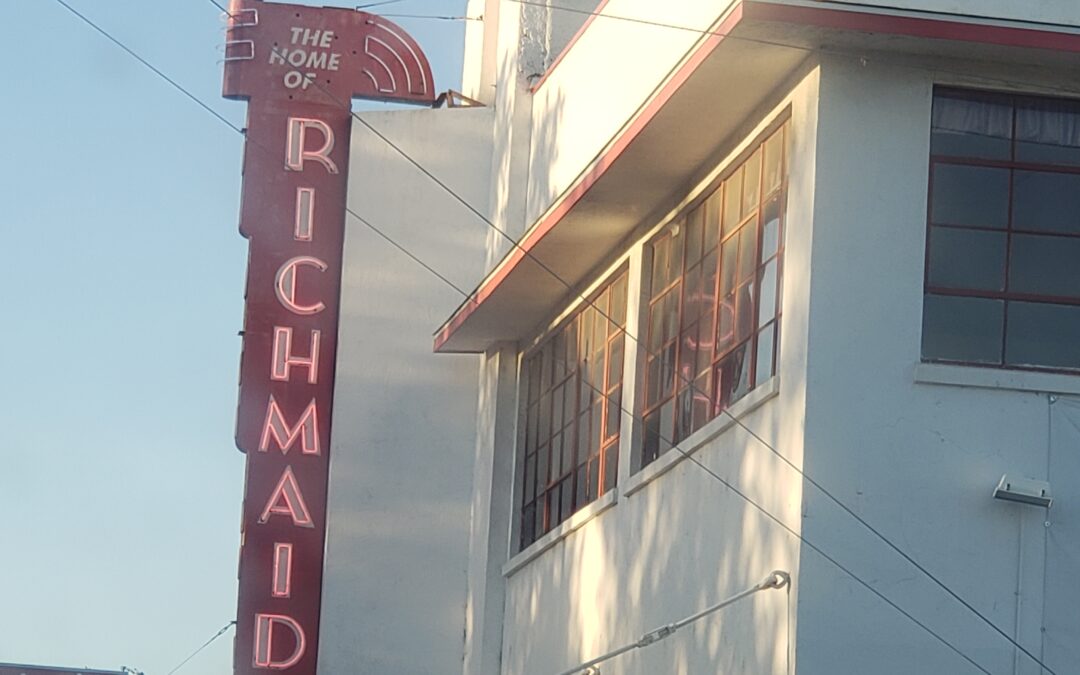 Don’t know exactly what John Fogerty and Credence Clearwater Band had against Lodi (re. their ’60s anthem ‘Stuck in Lodi’…

… but we love it – so much so we made a return burtday backroadtrip to Lodi one year later and discovered a lot of new things! Lots of ‘firsts’ like original A & W and many still-intact original ‘palaces’ from the 1950s and even earlier with five or more diners plus the incomparable Richmaid Restaurant dating back to 1938. While other towns are destroying their pasts, LODI perhaps more than any other town is preserving its colorful , ‘Happy Days’ past . Here One can literally live in the 1950s again!

Amazing how a town like Lodi CA-populatipn 60,000 and only an hour and a half from Oakland , in the San Juaquin valley- can be so cut off from big city ways. And that’s a ‘good thing,’ as they used to say.

Its so refreshing to see smiling, friendly people with no obvious airs appearing to go about life as they did perhaps 60 years ago before the ‘PC’-change that encapsulated America in the mid-60s that haS never gone away- except in places like Lodi, which it appears to have hardly touched.

Despite its status as a significant wine region, best known for its Zinfandels, Lodi is no wealthy area. It would appear to be still supported by the descendants of generations of families that came West in the late 19th and
early 20th century via the new railroad- to work on the valley ranches, farms, vineyards and later manufacturing. Maybe not so many farms exist today but definately blue collar with what appears a large Hispanic population that drives the wine industry and manufacturing. Lodi saw a 40% population boom during the 1980s which.